by Dan and Matt Wilson 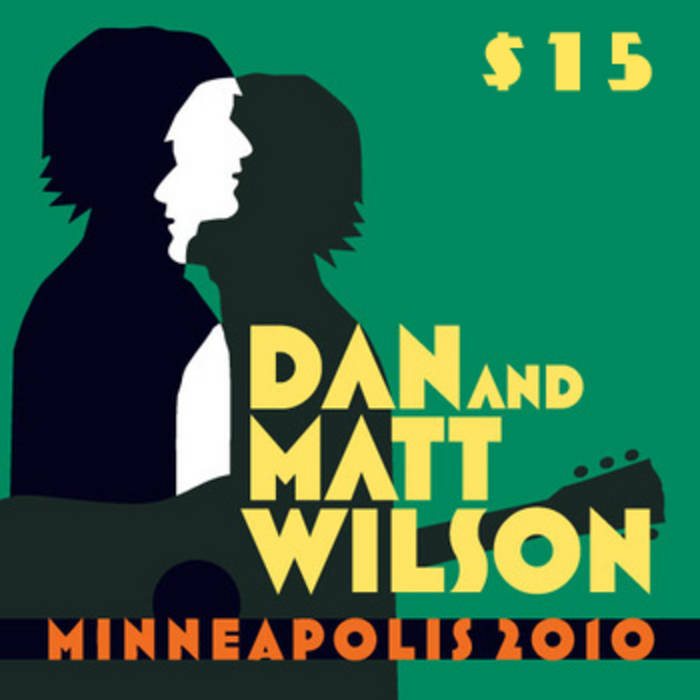 On Friday, March 26th, Dan and Matt Wilson played a long-awaited show together at Minneapolis' Pantages Theater. Although the two brothers had been in bands together since their early teens, and had relentlessly toured the country in Trip Shakespeare, they had only done one concert together between 1994 and this year.

The Wilsons had never played a show without a band: this was their first duo concert ever.

When tickets went on sale for the gig, fans snapped them up in one short morning and many were left without a way to hear the show.

Happily, the gig was recorded by the brothers' long-time sound mixer Brad Kern, and over several days, Brad worked feverishly to mix the files for immediate release. During the concert, Dan suggested that some of the chit chat and casual banter between songs could be edited out of the eventual live recording. But the audience weighed in strongly that the concert be reproduced in full.